Michael Robinson is a true leader for the Seattle Seahawks and plays with passion and energy every time he steps onto the football field. He has come a long way throughout his football career, and going to the Super Bowl is something that has made him teary eyed and for good reason. After the Seahawks beat the 49ers in the NFC Championship game, Robinson showed his excitement with tears streaming down his face. It is something truly inspiring to see Robinson accomplish so much. 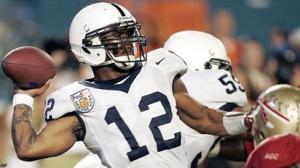 Michael Robinson actually played quarterback at Penn State. He got drafted by the San Francisco 49ers in the 4th round of the 2006 NFL draft and they decided to switch Robinson to running back in his rookie year. He was successful in the position change rushing for 116 yards in his first season. Midway through the 2008 season the 49ers switched Robinson to full back and once again he took the change of position in stride.

Robinson was released by San Francisco at the end of the 2010 preseason. He was signed a couple days later, by his current team the Seattle Seahawks. Robinson has had a huge impact on the Seahawks. He has provided a young team with excellent leadership, and one way you see this leadership in action is his inspiring pre game talks. Fans can see the respect that Robinson has in the locker room and his humor by viewing his show on YouTube called the “Real Rob Report.” 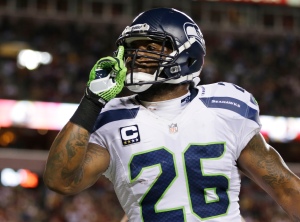 Before the 2013 season, Robinson was released by the Seahawks during the final cuts. The reason being, Robinson’s liver and kidneys nearly failed and he had to spend numerous days in the hospital. He lost 30 pounds, dropping from 245 pounds all the way down to 212 pounds. Thankfully Robinson became fully healthy about a month and a half after being cut and the Seahawks were fortunate to be able to sign him again. Seattle Seahawks fans were very excited to have him back and he stepped in right away without missing a beat. He has been a dependable blocker and a big contributor to yet another successful season by Marshawn Lynch.

The Super Bowl is coming up and it’s a huge game for the Seattle Seahawks organization. The Hawks are a young team, but we can count on Michael Robinson to provide inspiring leadership that will lead the Seahawks to success. Robinson has come a long way, especially this season, and winning the Super Bowl would be a dream come true.